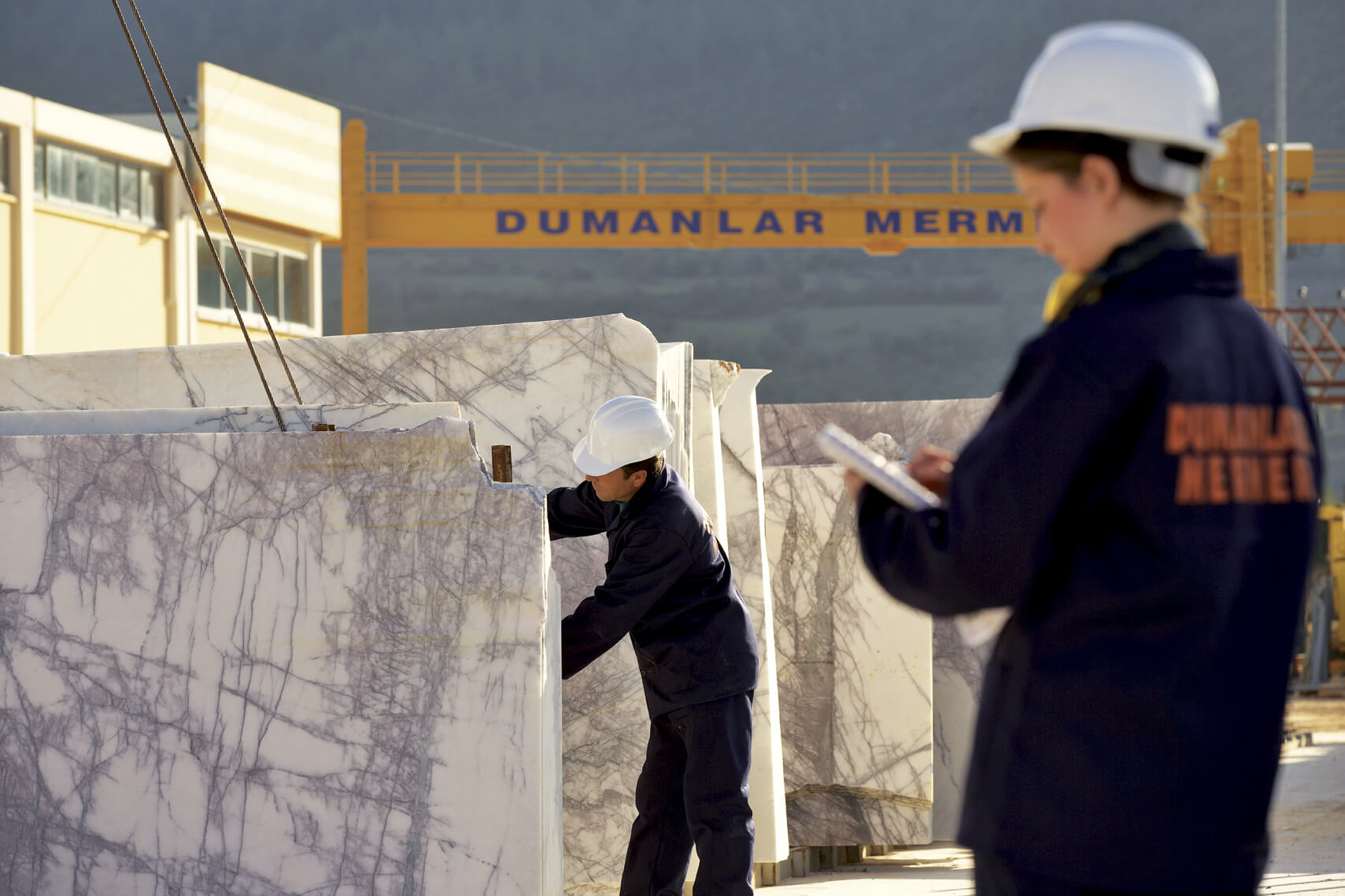 The relationship between the humans and marble has been one of the main elements in the development of the mankind since the beginning of the civilization until today. Man has created a culture with marble, applied it to every domicile that he has lived and put into shape in the works of art.

Dumanlar that continues to struggle in this hard and stony road in the marble sector, which was started to run in 1985 with the quarry administration that follows to proceed with sure steps in the marble sector has availed to the service of the sector its modern factory with the high production capacity in Muğla dated 2003 in which highest level of technology is present and which is in accordance with the European standarts coonsisting of 33.000 m2 of open and 10.000 m2 of closed area.

Dumanlar Marble obtain the raw materials needed by its factory from the quarries having rich reserve which have been equipped with self-possessed modern heavy equipment and marble production machinery. Thus it has also achieved product continuity which is an important preference reason in the sector. Because of our struggle and our friends, we have reached the block marble with the dimensional and slab marble production capacities of 65.000 ton/year and 720.000 m2/year respectively with Dumanlar which was taken its port amoung the faremost running firms in the global marble production and processing sector today.

Dumanlar Marble that exhibits its superior technological structure in its system infra-structure and marble processing machines makes production with its goal for quality concept and offers a wide range of products which is proud to serve its customers with conntinuity, high production capacity and professional staff.